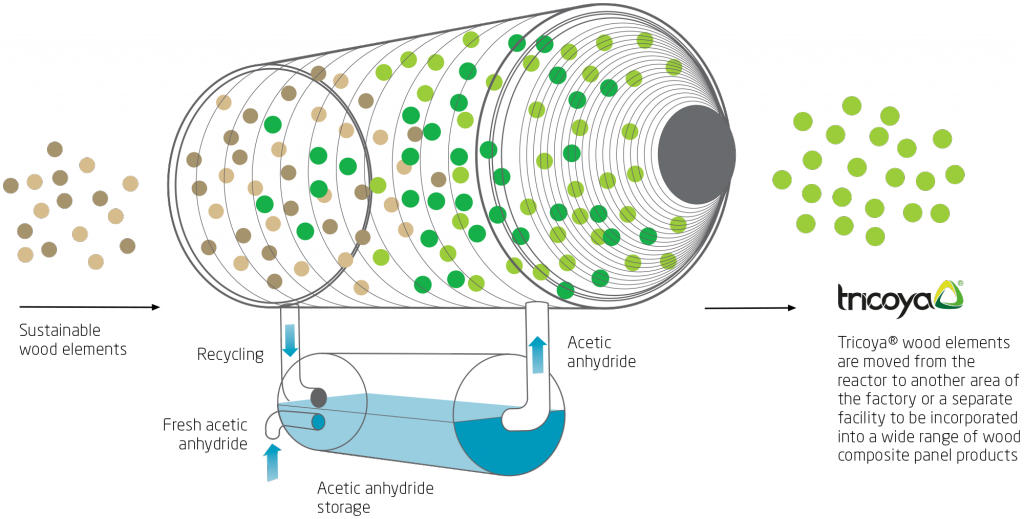 This method of improving wood has been proven to deliver such superior performance that it has long been used as the “gold standard”. Tricoya® combines this science with years of proprietary research and investment.

Tricoya® was developed by challenging the most fundamental reason for wood swelling – water absorption onto hygroscopic wood fibres due to the presence of free hydroxyl groups (chemical formula: -OH). Free hydroxyl groups absorb and release water according to changes in the climatic conditions to which the wood is exposed, causing it to swell and shrink. It is also believed that the digestion of wood by enzymes initiates at the free hydroxyl sites, one of the principal reasons that wood is prone to decay.

Acetylation is a revolutionary sustainable process which has been proven on Accoya® solid wood since 2007. It prevents water absorption in wood by exchanging the hydroxyl groups with acetyl groups (chemical formula: -COCH3) through a reaction with acetic anhydride, which comes from acetic acid, or vinegar in its dilute form.

The effect of altering the wood’s chemical structure through acetylation is to create a new product that is modified right through the cross section, leaving it more dimensionally stable and, because it is no longer digestible, extremely durable. By contrast, other comparable treatments merely insert chemicals, such as oils, ammonia or metal compounds, into the wood, improving durability but not dimensional stability.

Acetyl groups are already naturally present in all wood species ­ as well as in humans and other mammals. This means that the manufacturing process adds nothing to the wood that does not already naturally occur within it, resulting in an end product that adds no toxins to the environment. 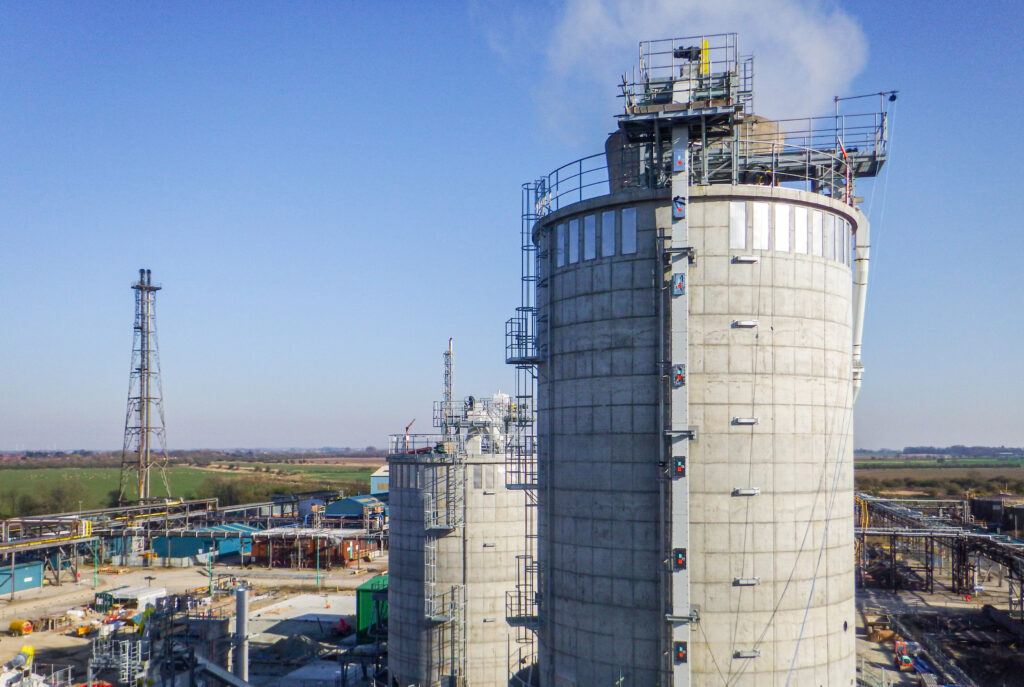 There is also a feasibility evaluation underway with PETRONAS Chemicals Group Berhad for an integrated acetic anhydride and Tricoya® production plant in Malaysia. Decision to invest in plant to follow after commencement of Hull plant operations